Widely known as one of the Panch Prayags, the confluence of five rivers, Devprayag city is of immense spiritual significance and is located in Tehri Garhwal district of Uttarakhand. It is located on the banks of the major Rivers: Alaknanda and Bhagirathi River. Being nestled beautifully in the lap of Himalayas, the city is a complete package of quietude and tranquility. It is here in Devprayag that the confluence of Alaknanda and Bhagirathi takes place and the unified stream is known as Ganga.

It is a beautiful town to visit in Uttarakhand and is blessed with rich flora and fauna. It is one of the five places where river Alaknanda forms confluence with other rivers (the other four are Vishnuprayag, Karanprayag, Nandprayag, and Rudraprayag). Devprayag Travel guide is full of references to the mesmerizing sceneries and rich heritage. The Dasharathachal Peak is a fabulous scenic attraction which is close to Devprayag region. A stream runs down this peak which is worth watching and is an ultimate place to enjoy with your family. One can visit nearby religious places like Danda Naggaraja which is devoted to the Lord of Snakes and Chandrabadni temple. 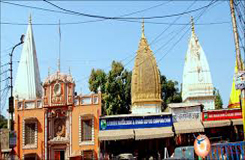 Raghunath Temple is the foremost religious shrine of Devprayag in Tehri Garhwal District of Uttaranchal. The temple is dedicated to Lord Ram and is known as Raghunath Temple which also enshrines figurine of his consort, Goddess Sita and his brother, Lakshman. Sculptures on the walls of temple are a combination of Buddhist and south Indian architectural styles.

Suspension Bridges are among the popular attractions of Devprayag which are laid over Bhagirathi and Alaknanda rivers. These bridges provide a beautiful view of the entire town. 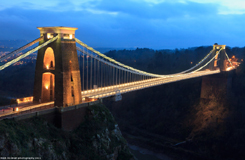 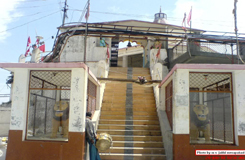 Chandrabadani Temple, dedicated to Goddess of Power, is one of the religious shrines of Devprayag. The temple enshrines an idol of the Goddess Sati in the sanctum along with ancient statues and iron trishuls placed outside the temple.

Kyunkaleshwar Mahadev Temple is a famous temple of Pauri that exhibits Hindu renaissance of the 8th century. The historic shrine is believed to have been set up by Adi Sankaracharya, founder of Advaita Vedanta. Lord Shiva is the presiding deity of the temple, who is accompanied by his consort, Goddess Parvati. 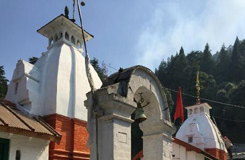 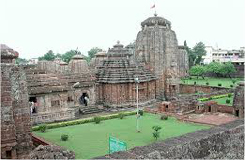 Dashrathshila Temple is a popular Hindu shrine of Devprayag and is believed that King Dashrath, father of Lord Rama, performed penance at the site. The shrine is located on the banks of a small water stream, Shanta, which is named after the daughter of King Dashratha. There is a small hillock in proximity which is believed to be the throne of King Dashrath.

Confluence Of Bhagirathi And Alaknanda #6

Devprayag This place is famous for the confluence of Alaknanda and Bhagirathi. After this join of two rivers the combined river is officially known as the river Ganga. Alaknanda river starts from Alakpuri glacier ahead of Badrinath Dham meets Bhagirathi here. Bhagirathi river starts from Gomukh glacier which is 18 KM from Gangotri temple. 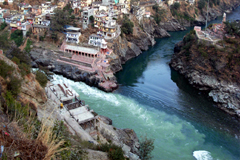 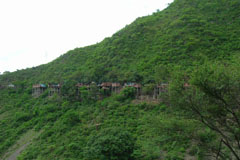 Teen Dhara is a popular resting place for the voyagers on Rishikesh Devprayag Highway. Surely understood for ease eateries (Dhabas), this little zone is arranged on the NH 58 along the waterway Ganga. As the name implies Teen Dhara implies a spot where three water springs are arranged.

For Kids In Devprayag

Places to eat in Devprayag