Joshimath attractions, a popular hill station and a famous centre for pilgrimage at a height of 1,890mts above sea level in Chamoli district of Garhwal division in Uttaranchal. In ancient scriptures Joshimath is described as Kartikeyapura as it has been named after Kartikeya, the God of Katyuri kings. Joshimath is one of the four maths or monasteries established in the 8th century by Adi Guru Sri Shankaracharya. The rivers Alkananda and Dhauliganga meet at the confluence of Vishnuprayag located just below Joshimath.
In Joshimath Sightseeing Places For Tourist Attractions Are many But Famous Joshimath Attractions are- Kalpavriksha,Narsingh Temple,Auli,Nanda Devi National Park,Valley Of Flowers ,Hemkhund,Govindghat to name the few.Majorly the tourism activities in joshimath include. Here are the list of 4 Prodigious Joshimath Attractions that can not be missed.

Places to visit in Joshimath 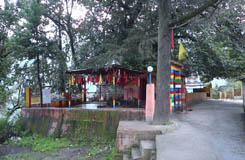 It is a forgotten tree which holds unsurpassed and unparalleled significance. Kalpavriksha is the oldest tree of India with an age of more than 1200 years. The great 8th century explorer Adi Shankaracharya used to meditate in the shades of this comely tree and the cave where he lived is also situated here. The circumference of this mulberry tree is 21.5mts. This historic tree is now only able to bear flowers and not fruits, but the leaves are still young and fresh. Millions of people visit Badrinath every year unknowingly that the tree they pass through has same age as the Badrinath temple.

This is an ancient temple dedicated to Nasringh Devta at Joshimath which is the home of Shri Badrinathji in winters. The statue of God Narsingh is shrinking day by day and it is said that the day when it will fall, the route to Badrinath will get closed permanently by a major land slide. Narsingh is one of the several avatarsâ€™ of Lord Vishnu. 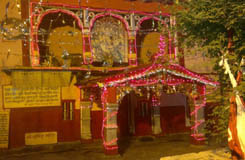 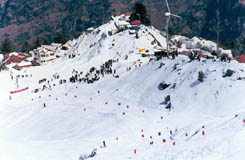 Auli is the most popular skiing and paragliding spot of Uttarakhand situated at an elevation of 3050mts above sea level. Auli affords astounding and celestial views of the enchanting snow laden Himalayan range. Asia's highest and longest cable car is situated in Auli connecting it with Joshimath. Auli will be hosting SAF winter games in 2010.

The Nanda Devi National Park is a renowned tourist spot situated at a distance of around 24 km from Joshimath. This park was declared as a World Heritage Site by the United Nations Educational, Scientific and Cultural Organization (UNESCO) in the year 1988. 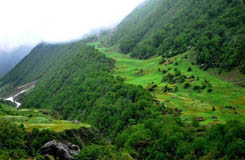 For Kids In Joshimath

Places to eat in Joshimath