Ramnagar is a small town and municipal board in the Nainital district of Uttarakhand, India. It is located approximately 65 kilometres (40 mi) from Nainital, the headquarters of the district. Ramnagar is the gateway to the Jim Corbett National Park, the oldest national park and a famous tourist destination of India. Garjiya Devi Temple and Seeta Bani Temple located nearby also attract many visitors.

In Ramnagar Sightseeing Places For Tourist Attractions Are Many But The Famous Ramnagar Attractions Are-Corbett Fall,Jim Corbett National Park,Corbett Museum ,Kaladhungi,Balparav,Garjiya Devi Temple Sitavanito name the few.Majorly the tourism activities in Ramnagar include To know about the must see tourist places in Ramnagar -Uttarakhand,use the information below

Best Places To Visit / Must See Places In Ramnagar:

Places To Visit In Ramnagar

Nainital is a popular hill station in the Indian state of Uttarakhand and headquarters of Nainital district in the Kumaon foothills of the outer Himalayas. Situated at an altitude of 2,084 metres (6,837 ft) above sea level, Nainital is set in a valley containing a pear-shaped lake, approximately two miles in circumference, and surrounded by mountains, of which the highest are Naina (2,615 m (8,579 ft)) on the north, Deopatha (2,438 m (7,999 ft)) on the west, and Ayarpatha (2,278 m (7,474 ft)) on the south. From the tops of the higher peaks, "magnificent views can be obtained of the vast plain to the south, or of the mass of tangled ridges lying north, bounded by the great snowy range which forms the central axis of the Himalayas". 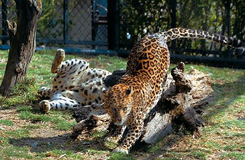 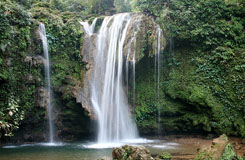 4 kms from Kaladhungi, on the Ramnagar - Kaladhungi highway, falls at leisure. Corbett Water Falls. Surrounded by dense forests, pin drop silence, this 20 meters. high fall is simply a sight to behold! Famous as the ideal camping hide out, this spot now has become a major tourist attraction.

Jim Corbett, the famous man-eater hunter and a great environmentalist lived at Choti Haldwani, 2 km west of Kaladungi on Ramnagar road for most years of his life. His house has now been converted into a museum in his memory by the government, known as 'Jim Corbett Museum', a must see for the tourist going to Nanital taking Kaladunigi-Nainital road. There are also the graves of his two dogs in the compound of the museum. Another attraction is the Bajauniyahaldu village. 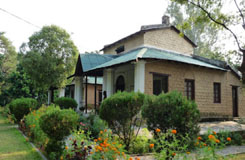 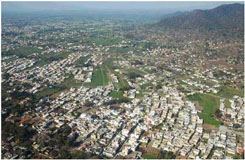 Haldwani is a city, which along with its twin township of Kathgodam forms the Haldwani-Kathgodam municipal Corporation (since May 2011) in Nainital District in the Indian state of Uttarakhand.

Bajpur is a city and a municipality in Udham Singh Nagar district in the state of Uttarakhand, India.It was formerly known as Bazpur, and was established in early in 17th century, by Chand king, Lakshmi Chand (1597â€“1621), and named after a former Chand king, Baz Bahadur . 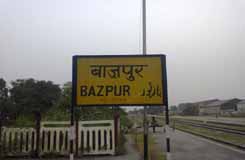 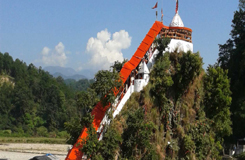 Garjiya Devi Temple is a noted Devi temple located in the Garjiya village near Ramnagar, Uttarakhand, India, on the outskirts of the Corbett National Park. It is a sacred Shakti shrine where Garjiya Devi is the presiding deity. The temple is situated over a large rock in the Kosi River and is one of the most famous temples of the Nainital district, visited by thousands of devotees during Kartik Poornima, a Hindu holy day celebrated on the fifteenth lunar day of Kartik (November â€“ December).

Ghorakal is the place situated in the Nainital district of the Uttarakhand state of India. Ghorakhal means pond for water to horses. It is the picturesque site at the height of more than 2000 mts.It is situated near Bhowali and is the seat for Army school, known as Sainik School Ghorakhal, established in 1966 at the Ghorakhal Estate of the Nawab of Rampur. The famous Golu Devta temple is situated on a hill above overlooking the school.. . 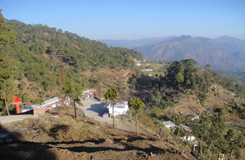 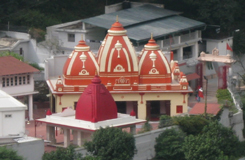 Seeta Bani Temple is dedicated to Devi Sita, consort of Lord Rama. It is believed that she entered into the lap of Mother Earth here. Every year, a fair is held here during Ramanavami. It is located at a distance of 20 km from Ramnagar. . 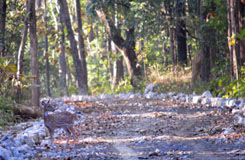 For Kids In Ramnagar

Places to eat in Ramnagar