This area might be reach by motorable raod from Almora via Kosi (approx. 35km) and from Ranikhet via Kathpuria (approx. 24km), though being delights to nature lovers the most convenient way to approach this sanctuary and to go around is: "to walk" trough...from Chaubatiya, from Kakrighat, from Kosi -MatelaSitlakhet Village is about 1600 meters high above see level ( 5200 feet)Siyahi Devi Mandir Overlooking the all area is .about 2400 meters high above see level (8000 feet) 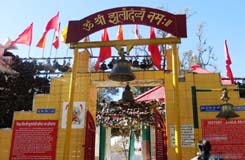 One of the ancient temples in Uttarakhand dating back to the 8th century, Jhula Devi Temple is situated on the Kumaon hill, in a quiet and secluded environment, at a distance of 7 km from Sitlakhet. The main deity of this temple is Goddess Durga, and it is said that the temple was built to seek Goddess Durgaâ€™s protection from the wild animals that inhabited this place.The story goes that the idol of Goddess Durga was dug out from a patch of ground by a shepherd, after being guided so by the goddess herself in his dream. The Jhula Devi Temple of Sitlakhet is made on that particular spot from where this idol was found.The fascinating feature of the Jhula Devi Temple is the impressive cluster of numerous holy bells, which are tied to its walls, and Jhula Devi is known to bless her devotees and grant their wishes.

Chaubatia Orchard is located a mere 10 km away from the city of Sitlakhet at an altitude of 1800 mts above sea level. This garden is known for its extensive orchards of delicious peaches, plums, apricots and apples.Chaubatia, as the name suggests is the junction of four ('chau') paths ('batia'), inter-linking the cities of Sitlakhet, Bhargaon, Pilkholi and Dehrti.It is said that Chaubatia so captivated the heart of Lord Mayo, the then British Viceroy of India, during his stay in 1868 that he ordered the establishment of the cantonment for the British cavalry. Thus came into existence, the cantonment of Chaubatia 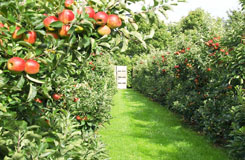 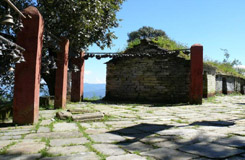 Just about 4 kms. from Sitalakhet is the famous temple of Syahi Devi, which is the presiding goddess, worshipped by the local people.

Nearby is the natural spring from where the first water scheme for Almora town was initiated some seventy years ago. 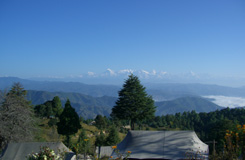 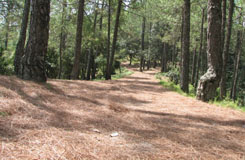 Just 2 kms below Sitalakhet is the village Khoont, which is the ancestral village of late Pt. Govind Vallabh Pant, freedom fighter & former Home Minister of India...

For Kids In Sitlakhet

Places to eat in Sitlakhet