Lohaghat is a quiet little hill station blessed with natural beauteousness in abundance. Nestled amidst sky high pine and oak forests, Lohaghat assures to enthrall tourists with its picturesque vistas and equisiteness. The placid environment and salubrious climate of Lohaghat makes a perfect place to escape the sultry condition of the plains and to avoid the hustle bustle of the city. P. Barron on his visit to Lohaghat said,"Why go to Kashmir, if there is heaven in the world, so its in Lohaghat". Lohaghat has enormous significance in historical, mythological and religious aspects. There are 6 lohaghat attractions where travellers can spent their time. Pilgrims visit the Mayawati Ashram (one of the best lohaghat attractions) before visiting temples. Explore the various lohaghat attractions, interesting locations in lohaghat. 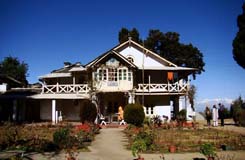 Mayawati Ashram is situated amidst scenic surroundings and it attracts large number spiritualists from all over the world. Swami Vivekanand decided to shift the publication office of 'Prabuddh Bharat' from Madras to Mayawati during his visit to Almora in 1898. Mayawati Ashram is also known as Advaita Ashram.

It is perched at an astounding elevation of 1,859mts above sea level. Vanasur ka Kila is located 9kms from Lohaghat of which you have to cover 7kms by bus or taxi and the rest 2km on foot. It is believed that this place was the capital of demon Vanasur, who was defeated by lord Krishna in a face to face battle. 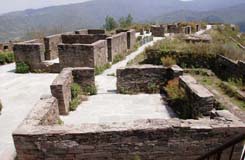 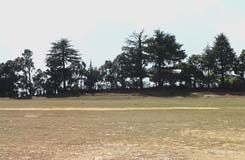 Situated at an elevation of 2018mts Abbott Mount offers a peaceful and picturesque environment. Abbott Mount remains covered with the sheets of snow during winters. The enchanting snow clad Himalayan peaks can be seen from Abbott Mount. It is located away from hustle bustle of the city and there are only 13 secluded cottages spread over this hill. Abbott Mount is situated in 8kms fromLohaghat offering tranquility with exquisiteness.

62kms from Lohaghat. Guru Nanak Dev visited this place. A Sikh shrine is built here at the confluence of Ladhiya and Ratiya rivers. 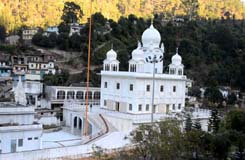 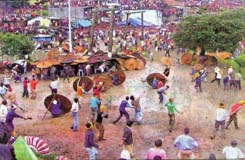 Located within the lohaghat Wildlife Santuary, this is the place where one can get a glimpse of 300 km panoramic view of the Himalayan Mountains such as Kedarnath, Shivling, Trishul and Nanda Devi. To reach the point, one has to walk inside the sanctuary for a kilometer and half.

106kms from Lohaghat. It is one of the 108 Siddh Peeths. Vanasur Fort: 7kms from Lohaghat by bus and 2kms by walk is believed to be the capital of Demon Vanasur, who was defeated by Lord Krishna, in a face to face battle. 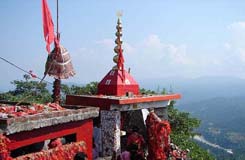 For Kids In Lohaghat

Places to eat in Lohaghat