Khatima is a town and a municipal board in Champawat district in the Indian state of Uttarakhand.Known in the northern part of India as the gateway for the Purnagiri Temple (around 30 km from here), Khatima is a calm and small town located on riverside of Sarda River. It is located at the foothills and is the last plain area on the road to Kumaoun zone of Uttarakhand. It acts as a junction for the Kumaon District's mountainous part. It is also the first point in the Kailash Manasarovar Pilgrimage. Gradually benefitting from the nationwide progress, Khatima is growing steadily into a buzzing town.Being on the Indo-Nepal Border Khatima is very important on the security perspective of India as a nation. 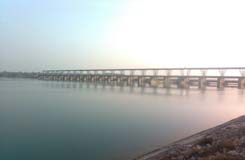 This Ghat, well known as Ma Purnagiri Sharda Ghat, is located near the bus stand in Khatima. It is here that people bathe to cleanse themselves before visiting the revered Ma Purnagiri shrine which is close to the town. This Ghat is also utilized for performing Hindu religions ceremonies like 'Mundan' (ceremonial shaving of child's first hair).

Kanchanpur District is one of seventy-five districts of Nepal. Kanchanpur was named after Kanchan Pal the Katyuri Kings and located in the district are Dodhara and Chadani (two islands in the Mahakali river) and the Shuklaphata Wildlife Reserve. 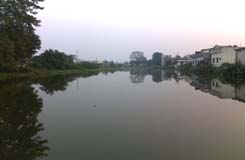 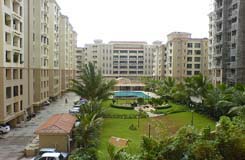 Purnagiri at a height of 3000 mts. above sea level, Purnagiri is 20 kms. from Tanakpur, 171 kms. from Pithoragarh and 92 kms. from Champawat. Purnagiri temple is visited throughout the year by devotees from all parts of the country, who come here in large numbers, particularly during Chaitra Navratri in the month of March - April. The surrounding valleys echo with the holy chantings of the devotees climbing up to the top for darshan, creating an atmosphere of spirituality. From Purnagiri, also known as Punyagiri, the river Kali descends into the plains and is known as Sharda.

This popular vantage point, situated at 2,270 meters above sea level, offers an excellent view of the northern Himalayan ranges. The point is accessible by a chair lift (ropeway) or you can hire horses and mountain ponies to reach there. From the top, with the help of powerful binoculars, you can have a close up view of Nanda Devi, one of the highest peaks in the country. 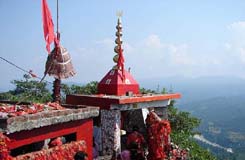 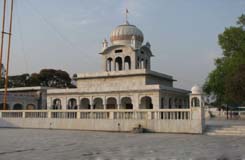 Nanakmatta is a historical town named after the Sikh pilgrimage site, Gurdwara Nanak Mata Sahib, in the state of Uttarakhand. The town is associated with Guru Nanak Dev and Guru Hargobind. It is situated on the bank of Deoha stream, which has since been dammed into a reservoir named Nanak Sagar.

For Kids In Khatima

Places to eat in Khatima