Katarmal is a remote village located in Kumaon Division,which truly is one of the hidden gems of Almora District, Uttarakhand, India. This Kosi-Katarmal is in a spectacular position with uncut Himalaya View & crowned by lush green forests.Katarmal is known for a relatively rare Surya temple, constructed by the Katyuri Kings in the 9th century CE.Katarmalla, a Katyuri king constructed this temple, which has 44 smaller temples around the main deity of Surya, which called as Burhadita or Vraddhaditya Other deities like Shiva-Parvathi, Lakshmi-Narayana etc. are also established in this temple complex. The carved wooden doors and panels were transported to the National Museum, Delhi, after an idol from the 10th century was stolen. The temple, which holds other carvings on walls and panels, was declared a monument of national importance under the Ancient Monuments and Archaeological Sites and Remains Act of 1958.

For Kids In munsiyari 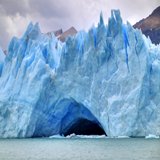 Places to eat in Munsiyari