Kanatal Tourism Though there are many travel agents in Kanatal offering travel services, All Seasons earned its reputation as one of the leading tour operators in Kanatal,Uttarakhand owing to one of the most efficent fleet of vehicles for transportation, vast network of offices and help centres for quick and prompt services when required, dedicated staff with vast experience in hospitality industry with the most economical contract rates with all the hotels in all categories has made us the No- 1 choice for all holiday makers visiting for the purpose of family holidays packages of Kanatal, Honeymoon packages of Kanatal, Adventure packages of Kanatal or travel agencies looking for Inbound travel agency in Kanatal we are the most trusted brand in travel industry of Uttarakhand since last two decades.

Kanatal is a city in Uttarakhand, 78 km ahead of Dehradun (Capital of State Uttarakhand), 38 km ahead of Mussoorie which is also known as the Queen of Hills & 12 km from Chamba..

Tourism Award Winner Allseasonsz.com is the most trusted brand name of Uttarakhand tourism operating since last 20 years. The travel icon of Uttarakhand-our monumental journey began two decades ago! Over the years, Allseasonsz.com has grown into travel & tourism empire offering multitude of services in Kanatal, Uttarakhand.

Famous Places to visit around Kanatal :- 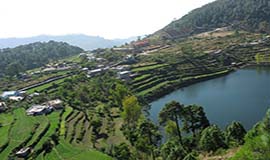 Other Important Places to visit

Kanatal can be visited throughout the year.....

Avoid visiting during the monsoon if possible due to water logging here..

Recommended by Travellers in Kanatal

Places to eat in Kanatal

For Kids In Kanatal

4.2/5.0
This trip was fantastic! Everything we could have hoped for and some things we didn't even dream of. We are so happy that you planned such a perfect trip for us. The accommodations were outstanding and I am glad that you offered this one as an option as I was not sure.

4.7/5.0
Fantastic trip, beautifully organized. This travel company took our bare-bones specifications (contemporary art, architecture, food, and music) and created a trip that felt truly personalized including intimate experiences we could never have arranged on our own. Hotels were ideally situated in each city we visited, with the boutique-style charm and service we were looking for.

Our Trip Was Amazing!

4.7/5.0
Our trip was amazing and every detail was taken care of. From the first day to the last, our agents were checking in to ensure everything was exactly as we had hoped.
SEE MORE REVIEWS

Former Uttarakhand and UP CM Narayan Dutt Tiwari Passes Away

NEWS
The former Chief Minister of Uttarakhand and Uttar Pradesh, Narayan Dutt Tiwari passed away on his 93rd birthday at the Max Super Specialty Hospital in Delhi after prolonged illness. On Thursday 18 October 2018 at 2:50 pm.... READ FULL

NEWS
The 2 day Investors Summit that held in Dehradun with memoranda of understanding, worth Rs 1,20,150 crore being signed between investors and the State. Prime Minister Narendra Modi initiated the Uttarakhand Investors Summit on 7 October 2018, an occasion from which the state eyes an focused investment in 12 sectors.... READ FULL

NEWS
Settled in the Himalayas, Nainital in Uttarakhand is facilitating the third edition of literature and arts festival— "Himalayan Echoes" — that commenced on Friday and will proceed till Sunday. TThe celebration, tutored by writer & publisher Namita Gokhale, advised by backer Anish Dayal and coordinated by writer Janhavi Prasada, has a lineup of honor winning litterateurs including Shobhaa De, Anuradha Roy, Stephen Alter and Pavan K. Varma, among others..... READ FULL

NEWS
CM Trivendra Singh Rawat on Sunday said the hill state was in the process of developing 13 new hill stations to give a lift to tourism as more established destinations , for example, Nainital and Mussoorie had achieved immersion. Talking at a financial specialists summit here within the sight of Prime Minister Narendra Modi, Rawat stated: "From the perspective of tourism, 170-year-old Nainital and around 200-year-old Mussoorie have achieved immersion point. READ FULL

NEWS
Uttarakhand will develop 13 new tourism spots over the state in addition to its flagship Chardham Yatra journey that pulls in near 2.5 crore explorers a year. The thought is to create somewhere around one theme based tourism spot in every one of the 13 areas of Uttarakhand, with the goal that voyagers can visit a single destination... READ FULL

Hotels In Kanatal Around Popular Areas

Like Kanatal / Uttarakhand / India, Allseasonsz.com -one of the major tour operators of Kanatal has several facts:

As one of the leading travel agencies in Kanatal we offers guided tours, trips to Chamba,Kanatal,Chakrata,Dhanaulti,Tour,Kanatal Few years back there used to be a lake by the name of Kanatal, now it doesn't exist . To make it memorable, the place was named KANATAL. Surkunda Devi is a very sacred temple in Kanatal, dedicated to Sati Ji; Kanatal is the place where Shankar Ji brought her dead body on his trishul from Haridwar. Located at a height of 9995 feet, you get a 360 degree view from the top of the temple. This temple is located 8 km on the road towards Mussoorie to Kaddukhal. One has to trek 2 km on foot to the little temple. Ponies are also available here.

Kanatal Tour Operators@Allseasonsz.com-We are based at your destination !